The de-personalization of job hunting and what to do about it... 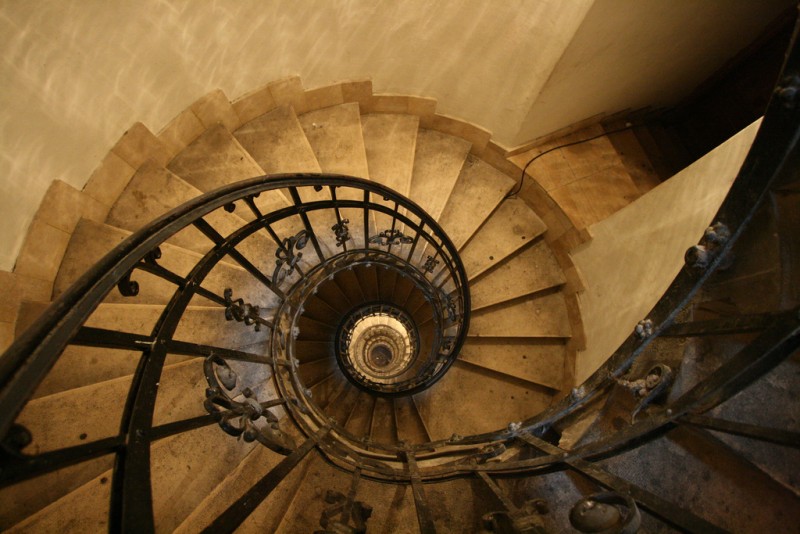 How does corporate HR technology, outsourcing and process automation impact your strategy as a job seeker?

I’m a contrarian on this subject – particularly in regard to the types of positions I work on for my very large manufacturing and energy clients.  I believe that there’s starting to be too much “data” and “technology” (personality tests, social media investigation, automated resume reading software) in hiring and recruiting processes.  I often wonder how much money could be harvested by doing away with some of this infrastructure in order to buy more time for hiring managers to conduct more specific and personal job searches.

It’s not that I’m against technology, it’s just that I think a lot of large companies are not using it efficiently.  An example:  Recently one of my clients (a +$25 billion manufacturer) outsourced the job posting, application process, pre-screening, candidate processing to a third party firm thereby automating the process and, likely in their opinion, making it more efficient.  The thinking behind it likely has to do with the idea that increasing the company’s ability to handle a high-volume of applications more effectively will save money – and that may work out for some positions.  However, in terms of recruiting, today’s technology has evolved from the idea of needing to be able to capture the most information possible (quantity) and is now more about being specific (quality).

Back to my example, one result of my client’s move to the third party provider and automation is that recruiters (and candidates) have been moved further away from the sources of “real information.”  In practical terms, recruiters who had long term relationships and ongoing dialogues with key senior hiring managers are no longer contractually allowed to speak with them.  As a result the information that we relied upon to be able to present only the most qualified candidates is no longer available.  Instead, both recruiters and applicants are required to deal with contracted human resources representatives that are much further away from the “real information” and have much less experience with the job types. Without good information not only does quality suffer, but in order to cover the quality gap, volume increases (self-fulfilling the idea that there needs to be systems to handle high-volume).  However, I’ve spoken with many hiring managers who have complained about the quality of candidates they receive through large third party HR service providers and don’t know what to do about it (other than cheating and talking to me anyways – thereby duplicating the effort).

Now when this company assigns jobs they do it via email to all of the recruiters who are vendors, regardless of specialization, qualification, relationships, etc.  Instead of having a personal call with a hiring manager about their specific needs and goals for a position, I now receive assignments with generic job descriptions along with 50 to 100 other recruiters copied in the CC field (sadly, not even the BCC field).  The method of job assignment itself guarantees high-volume and again, self-fulfills the third party HR service contractors “necessity” without necessarily adding value.  Previously, I knew that my hiring manager end customers would assign their jobs to a few other recruiters with whom they had good relationships and I was fine with that.  Assigning a job to just a few recruiters shows some level of commitment on a company’s part and there’s nothing wrong with competition.  When I know that a company has shown a small amount of commitment to me (small because it’s still a commission project) I can commit to them and their job – and actually work it hard and well.  However, when I know that a job has been farmed out to 100 other recruiters it tells me that the company doesn’t care about me at all and I become less receptive to risking my time on the project.

What happens when a company assigns a job to a lot of recruiters? In the scenario I described above, it seems likely that the company will get a lot of candidates. Given the volume of recruiters and the lack of specific job information, it also seems likely that a lot of the candidates submitted will not really match the hiring manager’s needs. The volume of candidates creates work though and burns time – whether it’s the contractor’s time or the hiring manager’s time.

Again, I wonder which way is more effective? As I said earlier, technology has evolved from being about generating a high quantity of results to the point where it is now possible to drill down deeply get very specific results.  LinkedIn is a great example. If a client gives me enough information about what they really want I can go and find a small set of people who very closely match their desires.  From a hiring manager’s perspective, I’ve been told that it is preferable to have resumes from 2-3 candidates who are good matches than 100 “maybe’s.”

From an efficiency standpoint, is it possible that the cost of the time the HR contractor’s internal recruiter spends trying to figure out which of the hundreds of candidates should be referred to the hiring manager could be recycled and reassigned back to the hiring manager to use speaking with experts who recruit in their fields?

Unfortunately the decision to outsource the recruiting function to a third party, as in the case of my +$25 billion client, was made many, many levels above my hiring manager customer’s level.  In my opinion, it’s a decision that reflects an understanding of recruiting capabilities that is about 10 years old.  I don’t know what it costs them in dollars or what they think their old recruiting method cost in dollars, but I would be willing to bet that the long term cost of “de-personalizing” their hiring process and disregarding a lot of long term relationships will hurt in the end.

As a job seeker, what do you do about this?  I know from my perspective, as I alluded to earlier, my hiring manager clients and I frequently break the rules.  They still have a job to do and so do I.  To do their jobs they are still going to do whatever it takes to recruit the best candidates and I’ll continue to do my best to source them.  That’s me though – what about you?  That stuff about the evolution of technology that I mentioned, the ability to drill down to the specific can work to the job seeker’s advantage as well.  For people who are willing to do a different kind of job search work (instead of finding job postings and completing applications) it is not too hard to find jobs by building and communicating with a network of peers, advisers, mentors and potential hiring managers on LinkedIn.  It just takes time, time that for you can be re-allocated from the cut/paste application process.

This is a way to fight the hiring process “de-personalization” that online applications represent and use newer technology and your own initiative to find opportunities.  Yes, like me, you’re still going to have to use the system in the end, but also like me, if you can disrupt the process by connecting with hiring managers before applying to their jobs you can significantly increase your chances of getting past the gatekeepers.  The key to making this approach succeed is doing very high quality work.  If I’m going to break the rules and contact a hiring manager when I know I’m not supposed to, then you can bet that I’m going to make absolutely sure that I’m bringing what they want.

Again, maybe my views go against current thinking but I still believe hiring, at some levels, is a personal process, as are a lot of things that involve relationships between people.  I also believe that the high quality soft information that can be gleaned from conversations with actual hiring managers and actual candidates always trumps mediocre quality delivered in higher quantities.  We’ll see if time proves me right.  I’ve been at this long enough to have seen quite a few big companies change their minds about processes, maybe this too will revert – if we push it.